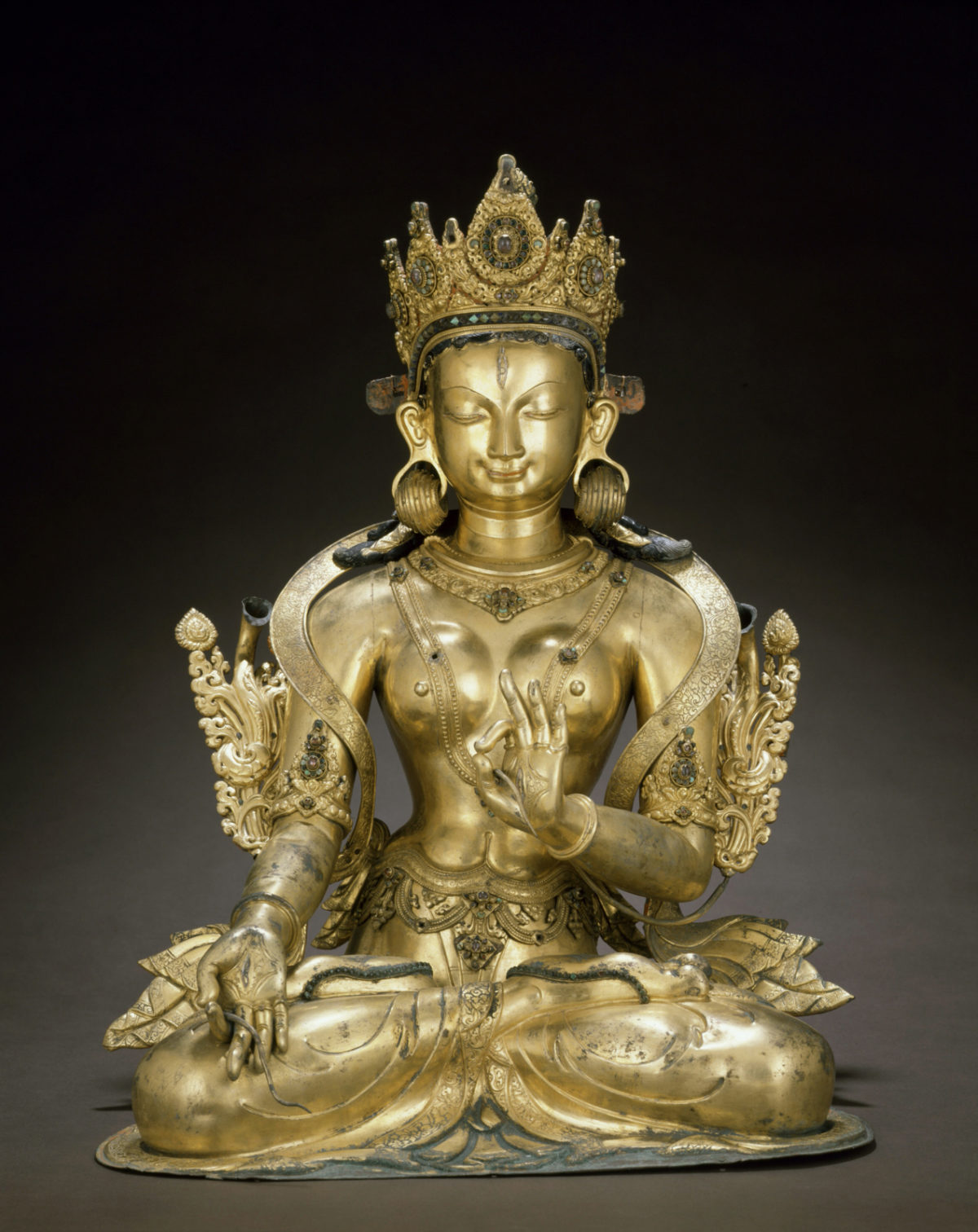 Buddhism was introduced into Tibet from India and China beginning in the 600s. Over the succeeding centuries, Buddhism became the dominant cultural form in Tibet, exerting a powerful influence not only over religion, but also over politics, the arts, and other aspects of society. Tibetan Buddhism eventually spread into Mongolia and Nepal, as well as into China, where it received imperial patronage especially during the Yuan (1260–1368) and Qing (1368–1644) dynasties.

Tibetan Buddhism inherited many of the traditions of late Indian Buddhism, including a strong emphasis on monasticism (Tibet was once home to the largest Buddhist monasteries in the world), a sophisticated scholastic philosophy, and elaborate forms of tantric practice. At the same time Tibet continued its tradition of powerful popular cults, incorporating a wide variety of local deities into the already burgeoning Buddhist pantheon.

Unique to Tibetan Buddhism is the institution of the tulku (incarnate lama): Tibetan Buddhists believe that compassionate teachers are reborn again and again, in each lifetime identified when they are children and invested with the office and prestige of their previous rebirths. Tibet has had many such lamas, the most famous of whom is the Dalai Lama. The Fifth Dalai Lama became ruler of Tibet in 1642, and under his rule was built the great palace of the Potala in Lhasa, the country’s capital.

Tibet was incorporated into China in 1951, and the present (Fourteenth) Dalai Lama went into exile in India in 1959, when the Tibetan diaspora began. Since that time, Tibetan Buddhism has become of increasing interest to people throughout the world.

Vajrayana Buddhism, which is the form of Buddhism practiced in Tibet, provides a great variety of special practices, meditations and rituals to accomplish the goals of cultivating compassion and the ultimate liberation of all living beings. Vajrayana is based on the esoteric doctrines of Buddha Shakyamuni given to selected disciples. It uses yogic techniques of meditation, mantra, and ritual to bring about psychological and physiological transformations. Initiations and empowerments are needed to understand and engage in these techniques, and to use the sacred implements such as the vajra and ghanta (bell), sacred images (such as those in the museum collection), hand and body gestures (mudra), and sacred power words (mantra).

Tibetan Buddhism comprises four lineages. All trace themselves back to Buddha Shakyamuni in an unbroken lineage of enlightened masters and disciples that extends down to the present day. They are dis- tinguished much more by lineage than by any major difference in doctrine or practice. The four lineages are Gelukpa, Sakyapa, Nyingmapa and Kagyupa.

The vast Tibetan pantheon includes numerous peaceful and wrathful deities, who guide and protect believers on their paths to enlightenment. Among the images of peaceful deities are those of buddhas and bodhisattvas, great teachers, and high monks. Wrathful deities, such as the guardian deities, use their power to protect Buddhism and to destroy the three major obstacles to enlightenment: anger, greed, and ignorance.