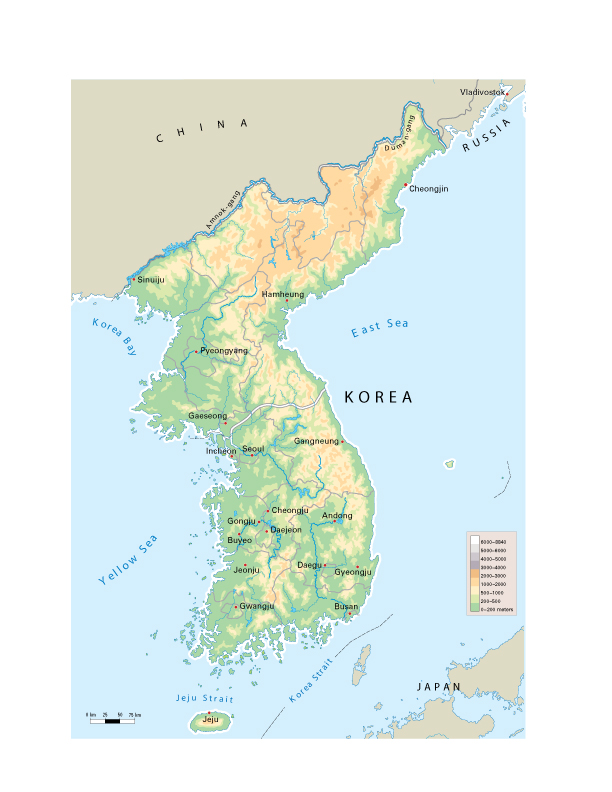 Korea is a mountainous peninsula surrounded by the sea on three sides. It shares its northern borders with China and Russia, and its closest southern neighbor is Japan, which lies across a narrow strait. The Korean peninsula measures approximately six hundred miles from its northern tip to its southern end.

The people of Korea have governed themselves since ancient times, except during the period of Japanese colonial rule (1910–1945). Koreans speak a single language and regard themselves as homogeneous, although some intermixing has taken place with the peoples of Northeast Asia, Mongolia, China, and Japan.

The story “Tiger and Puppy” is about a village with five families, where a mischievous tiger would eat all the food. An unlikely hero, a small puppy, comes to the rescue and helps the villagers capture the tiger. Create your own paper plate animals to retell this Korean folktale. Tiger and the Puppy

Asian Art Museum Storyteller, Miriam Mills, engages pre-school students in the museum’s Korea galleries by telling a Korean folktale about a tiger and a puppy using artworks from the Asian Art Museum’s collection.