Guru Nanak converses with Muslim clerics, from a manuscript of the Janam Sakhi (Life Stories), 1800–1900. 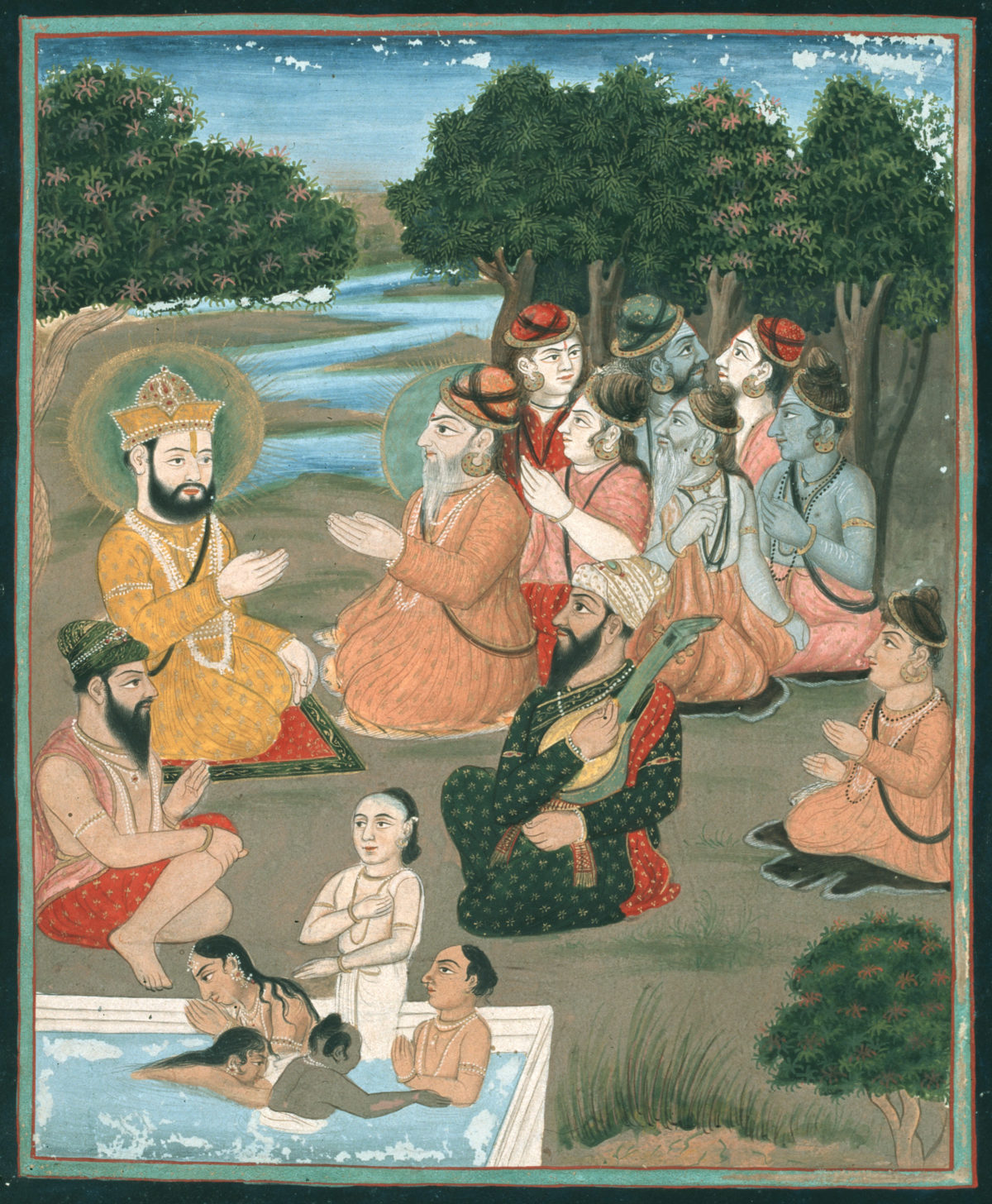 Accounts of Guru Nanak’s life were circulated orally among early Sikh believers and were later gathered into written collections called Janam Sakhi (Life Stories). Most known Janam Sakhi manuscripts date to at least two hundred years after the guru’s death in 1539, and the tradition of copying and illustrating the text continued over the centuries. The stories recount various episodes from different stages in the guru’s life and tales of the people he met on his life’s journey. The Sakhi, not unlike types of Hindu puranic literature, also describe encounters with demons and other mythical creatures. Together, they convey the guru’s charisma and religious authority and serve as a guide to moral action for his followers.